Skardu Baltistan is situated at a height of 2347 m and spans over 26000 square kilometers, the district includes Gilgit and Hunza Valleys in the west, Kargil, Ladakh and Kashmir areas in the east/southeast, Xinjiang Chinese Territory in the north.

The Geography of Gilgit-Baltistan

Gilgit Baltistan is situated in Central Asia, Geologically. Gilgit-Baltistan people’s atmosphere, culture, nourishment, and way of life are much like Central Asia compared to South Asia.

As indicated by students of history, the Eurasian and Indian plates crashed right now in Baltistan. The gigantic weight measures cause the Earth’s exterior to clash. Thus appeared the mighty heaps of Karakoram and Himalayas.

Baltistan consists of 6 (six) major valleys: Skardu, Khaplu, Shigar, Kharmang, Roundo, and Gultari. It is a mystical mix of magnificence, experience, and rush, the place known as the land of wonders and a spot with the most extreme quietness and serenity offering an assortment of attractions for all visitors.

Officially, Skardu is one of Gilgit-Baltistan’s most important areas. Before its segment, it remained the piece of Ladakh in Indian Jammu and Kashmir in 1948 when it turned out to be a region of Pakistan’s Federally Administered Northern Areas.

The Skardu Valley is the capital of the Skardu District. Skardu is nicknamed Mountain Dwellers’ Paradise. Countless climbers consistently advance towards the stunning Skardu valley. Skardu is situated at such a position where the Shigar River meets the ravishing Indus River on its long journey to Sindh’s Arabian Sea.

Is Gilgit Baltistan a province of Pakistan?

Karakoram Highway is the world’s most noteworthy international road that connects Pakistan and China via the Khunajrab pass. China Pakistan Economic Corridor CPEC is being constructed, KKH is part of CPEC.

GB is the 3rd largest Apricot producing territory in the World

Apricot is the natural commodity most commonly known in Gilgit Baltistan. Apricot is found mostly in Ghanche, Shigar, Hunza, Nagar, and Ghizer where there are 50-100 apricot trees in every household. There are 140 separate kinds of apricots in Gilgit Baltistan according to an overview.

Baltistan has a rich culture that delineates the individuals’ living example and public activity in the city. Skardu and Ghanche were a part of Baltistan and these two districts are now independent.

Skardu, being the locale’s central station, is home to an array of people from diverse social foundations. Skardu’s language is Balti, with Shina and Burushaski scarcely having any special cases. Baltistan is home to a portion of the verifiable spots and remainders of old leaders of the region.

There are many well-known fortifications, Rock Carvings and numerous locations looking at this region’s radiant history that had a rich heritage and strong social base.

The renowned trio band music is being played at most different venues right now. Men love to travel around the musicality of this boisterous music in their run of the mill way. Within verses, there are a variety of variations from city to district.

Individuals in Skardu are well disposed of and harmony cherishing. They are seen as gentle nature with quick personalities that get the job done to transfix one’s fixation. Individuals are exceptionally persevering and have a quality of responsibility and devotion.

In Skardu, you can locate an enormous number of profoundly prestigious writers and scholars. This spot is exceptionally wealthy in such individuals notwithstanding the way that these individuals have been situated to the remainder of the world at a later phase of our history.

There are two major forms of celebrations, i.e. religious and cultural ones. Religious festivals include Eid-e-Ghadir, Eid-ul Fitr, and Eid Miladunnabi (Prophet Muhammad-Peace Be Upon Him ‘s Birthday). There are some other significant events relating to the Shia Imams’ birth and date anniversaries.

These occasions are rewarded with extraordinary energy and praise. The names below are those of those occasions.

Navroz, Jashn-e-Baharan, Soon Bor, Sthrufla, Nor Fap, Shalane, Losar, Mayfang. These are the best open doors for individuals to come together and share their quality, gifts and aptitudes at the local level.

The paradise of archeological localities is Skardu Baltistan. The “Manthal Budha Wall” and “The Kharpocho Fort” some of the most acclaimed destinations. Maqpon Bukha (1490-1515 AD) had been working at the Famous Fort. However, as Moghal history specialists have indicated, Ali Sher Khan Anchan (1560-1625 AD) worked out the amazing fortress.

The “Kharpocho Fort” lies over the mighty Indus River. From the fort, one can see the entire Skardu Valley. The fort is illuminated at night, and the story of great battles is brought to life. 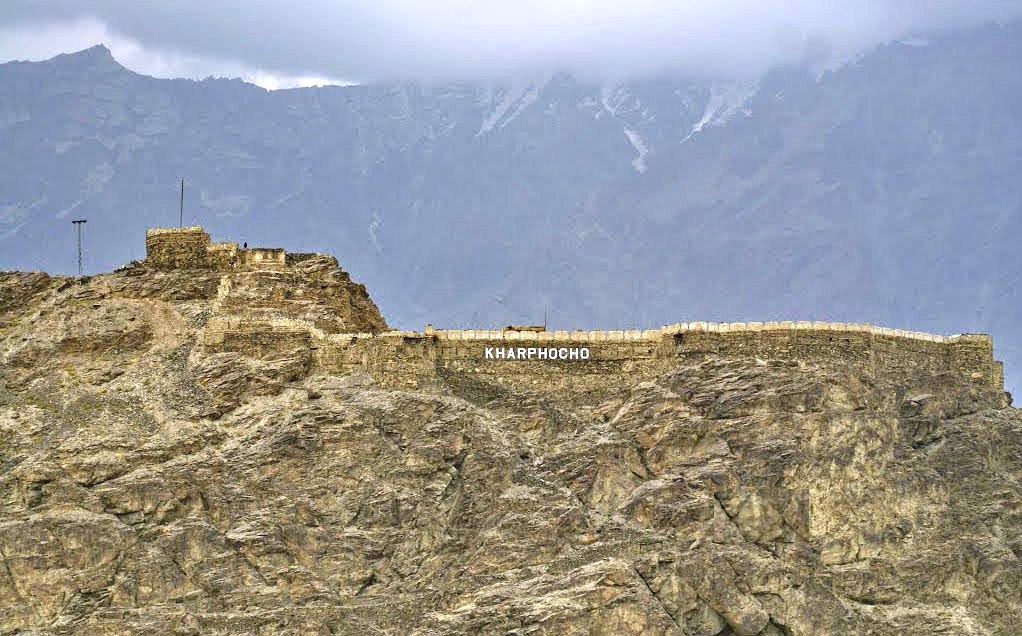 Shigar Fort is a 32 Km drive from the city of Skardu. This carefully reestablished fortification of 400 years of age is an exceptional case of Baltistan’s wealth of building and social legacy.

One could remain in the re-established suites and experience what rulers and sovereigns had 400 years before. Pakistan’s entire Northern Areas affect Buddha, as shown in different districts by different engravings and remainders.

Skardu is suitable for Trophy Hunting, including a few different sections in Northern Regions. This area gives those ready to face the challenge of chasing a novel opportunity.

Trophy chasing in the Baltistan Valleys has been the best diversion of lords for quite a long time and now a similar rush and energy is being given to the gutsy guests who have the permit to chase.

The nearby carp (caprinos) and shchizothraz species can found in various zones of Baltistan, especially in Deosai Plain and in the River Indus. So if you want to enjoy angling in these beautiful valleys, just lie back on the banks of Baltistan’s magnificent rivers and hold tight for the spectacular catch.

Lakes and Resorts in Skardu, Baltistan

The beautiful Shangrila Resort is built on a beautiful lake. The most stunning landscape surrounds it. One may go through a night or a day, go for a pontoon ride or trek, the amazing area gives everyone an extreme chance to enjoy the best in Skardu.

Minerals and Gemstones In Baltistan

Nature has blessed Baltistan, with exquisite quality mineral stores and more than 25-30 kinds of precious and semi-valuable gemstones charming overall consideration of the beautiful ladies.

Such minerals and gemstones are being distributed in Karakoram, Himalayas, and Hindukush’s amazing mountain scopes and have a fair presence in both the national and universal markets.

Baltistan offers the best and longest treks on the planet for Trekking. It provides an extraordinary opportunity to reach the longest ice masses outside the Polar, Siachen (72 km), Biafo (60 km), Baltoro (60 km) and Batura (64 km) places. Walking outdoors during the day and lying beneath the stars around the evening makes trekking in Baltistan an exceptional encounter.

Located at a distance of 32 km from Skardu, Deosai is one of the highest plateaus in the world, 4100 m above sea level, extending over 3000sqkm. Some 342 species of vegetation highlight the beautiful scenery that Deosai offers from mid-June until mid-September.

The landscape is covered with wildflowers that make Deosai radiant with bright colors throughout the summer. The diverse vegetation supports wildlife and an ecosystem that represents a unique example of high altitude adaptation.

In addition to the Himalayan Brown Bear, the Himalayan Ibex, Red Fox, Golden Marmot, Wolf, the snow leopard & over 125 residents and migratory birds are home to Deosai and the surrounding valleys. This area is a hot spot for those interested in Trophy Hunting.

Baltistan is said to be the birthplace of “Polo’s”. “The circle of lords and the king of sports” is played here in its special (free-form) structure even today. Karakoram Range is indigenous to this regal game.

On his triumphs, which extended past Gilgit and Chitral, it was Ali Sher Khan Anchan the Maqpon leader of Baltistan who got to know this game with different valleys.

It was the Maqpon ruler of Baltistan, Ali Sher Khan Anchan, who introduced this game to other valleys upon his conquests stretching beyond Gilgit and Chitral.

Art And Craft Of Gilgit-Baltistan