Youth from various parts of Gilgit-Baltistan came to Islamabad International Airport to host Anita Karim, the first and only female mixed martial art fighter in Pakistan.

She won her second international match against Indonesia’s Gita Suharsono at The One Warrior Series (OWS) in Singapore, where she dominated all three rounds of the fight. 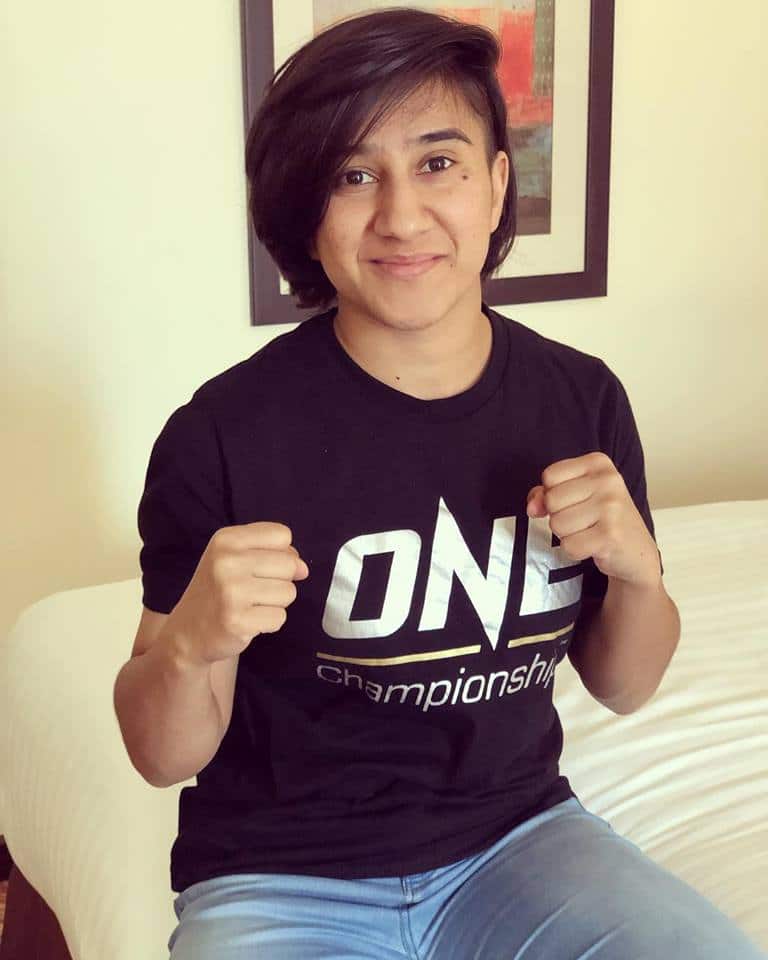 Before going into the fight Anita said, expressing her feelings, “I had one thought in my mind that I had to win, not for myself but for other women. In our society, they ‘re considered weak; I want to tell everyone that this sport is for men and women alike. We ‘re strong and with learning this sport we can defend ourselves.

She has also won three gold medals and a silver medal at the Pakistan Grappling Challenge (PGC) 5 and 6 last year, competing at Islamabad ‘s fight Fortress.

Her brothers Ehtisham Karim, Uloomi Karim and Ali Sultan, who are professional MMA fighters themselves. Two years ago she started her training under their guidance and supervision.

Anita had no female companion to train or compete with so she trained with her brother and other male martial arts practitioners under the supervision of the well-known trainer, Ehtisham Karim.

Anita started practicing taekwondo with her brothers at an early age in Hunza. Trained for just one year, she took down her experienced opponent with a confident left-hand punch when Anita Karim stepped inside the ring for the first time. She had in her heart a burning urge to come back stronger and walk off the losses like a true champion.